Medieval tenement in the heart of York

Found in the ancient area of Newgate market, between the Shambles and Parliament street, built in 1337, for hundreds of years no. 12 Newgate has quietly nestled in the bustling heart of the city.

In the 1940s the Morrell brothers began by acquiring modest sized buildings to repair and restore. Smaller, domestic ones were not on their radar. However, in 1970 no. 12 Newgate became available and with it an exciting opportunity to restore and protect one of the oldest buildings in York. Parish records show that Sr. Hugh Botner, the Chaplain of York, was granted permission to build the little houses in the 1330s. Only Lady Row in Goodramgate is believed to be older by four years.

Built as one-up, one-down tenements, No.12, along with 10 or so other properties, backed onto the garden and cemetery of St. Sampson’s Church. They were probably intended to provide a dowry for the adjoining church. Possibly, and more importantly from Sr. Hugh’s point of view, the income generated helped fund the work of York’s Chantry Priests. The Chantry Priests were a religious order that played a significant role in the minds of the medieval populace. By their continued prayer, it was believed, the priests could speed up a dead loved one's journey through purgatory and on to Heaven.

Set out over two floors, the upper room would have been open to the roof, which was heightened in the early 19th century to create an attic. If no. 12 is a typical example, each tenement was entered by a doorway at the northeast end of the front wall and a straight, steep staircase along the internal northeast wall led to the upper room. A large 17th century chimney breast has been removed from the southwest wall. At the front, the southwest corner posts remain, supporting the ground floor wall-plate. The first floor is jettied and retains its timber framing. The doorway, window and stairs were removed in the 1970s and the front remodelled to create the new shop.

Today, you’ll find the front retains its stucco finish at first floor level, whilst on the inside the timber framing has been exposed. Roof trusses front and back have also been revealed and show a type of crown-post construction. Interestingly, two of the trusses have their original carpenters marks: 111 and 1111.

The Ordinance Survey map of 1852 shows that on the other side of the street there was another row of small houses, but these were removed in the 1950s to help create space for the Shambles Market. As part of subsequent upgrades, the street was set with large loadbearing granite slabs placed between stone sets to support wagon traffic. More cosmetic than practical, they certainly contribute to the charm of the area.

Today the building is a popular café. 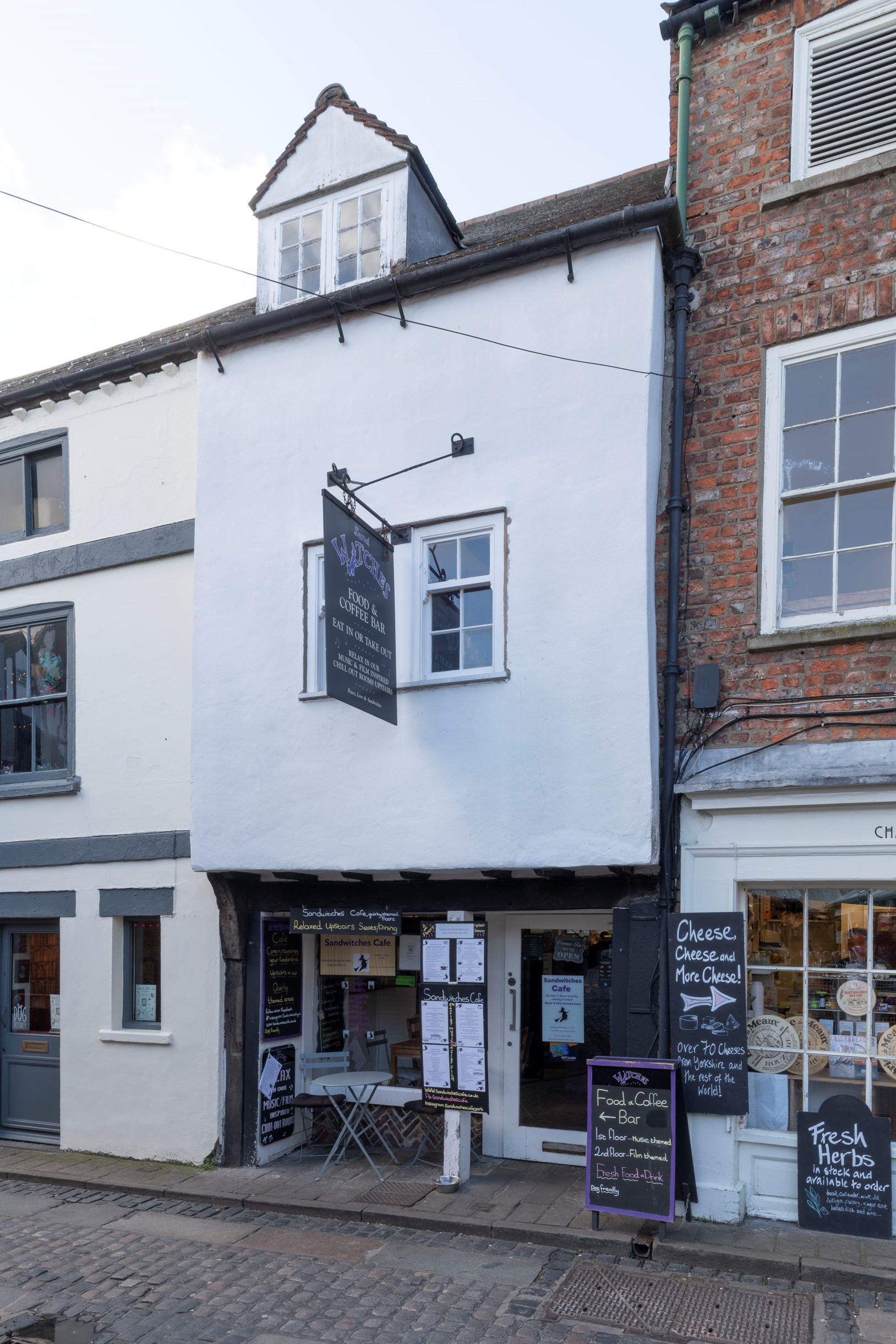