The York streets of Bootham and the Mount have one thing in common: during the English Civil War of 1641, virtually all the houses were demolished to prevent advancing troops taking shelter. The exceptions were the Ingrams Almshouses and St.Katherine’s and St. Thomas’s Hospitals near Micklegate Bar. In many ways this wholesale destruction was a blessing, as many of the old half-timbered buildings were little more than slums. Taking time to recover from the aftermath of the war, rebuilding did not really begin until the end of the 17th century.

A new almshouse, sponsored by Mary Wandesford granddaughter of Charles I’s Secretary of State, was built in the 1730s. It was designed by the amateur architect Colonel James Moyser, a member of Lord Burlington’s (architect of the Assembly Rooms) inner circle. Soon after, houses in the ‘new style’ began appearing on the east side of the street, culminating in Bootham Hospital designed by John Carr, in 1777.

On the west side there was some piecemeal development, but many areas remained as open fields. It was not until the 1820s that a new spirit of building began. No. 54, and its neighbour Bootham Lodge at no. 56, were constructed in around 1840, as substantial town mansions catering for York’s aspiring middle class.

No. 54 Bootham is a three-storey house built in the popular white brick of the time, has a symmetrical five-bay front with a central front projecting bay. At ground floor level an open porch of Roman Tuscan style has tapered columns and a frieze decorated with simple paterae – ornamental circular or oval discs. On each end of the front, substantial brick pilasters support a cornice under the eaves with multiple shaped brackets.

Inside, the entrance hall is divided by an open screen: a cross beam decorated with enriched modillions (ornate brackets) and a ribboned guilloche, or intricately designed, panel with flowers at each centre. The guilloche motif is repeated above all the doors leading to the principal rooms. The beam sits on fluted pilasters enriched with Palladian style Corinthian capitals.

On the main staircase a further open screen separates the landing from a seating area set within a projecting wing at the rear. The screen has a pair of fluted columns with composite capitals, whilst the attendant pilasters against the walls are topped by an exuberant design of Ionic volutes, floral centres and acanthus leaves at the corners.

From the plaque on the exterior, you’ll guess that, more recently, the building has become a homing beacon for visitors interested in the renowned poet W H Auden, born here in 1907. The son of a York doctor, Auden became Professor of Poetry at Oxford University. Prior to this he wrote, what is arguably his most famous poem, Night Mail. It was the most perfect onomatopoetic narrative to accompany a Post Office documentary about a train journey from London to Scotland. Shot as a fast frame black and white film to a score by Benjamin Britten, it required a relentless rhythm and driving purpose, which Auden achieved with huge success.

Today, 54 Bootham is leased as offices to HPH Accountants, originally a partnership of messrs Horwarth, Pulleyn & Heselton. Charles Heselton acted as Secretary to York Conservation Trust for many years, as did another former Managing Partner Philip Thake, until his retirement in 2018. 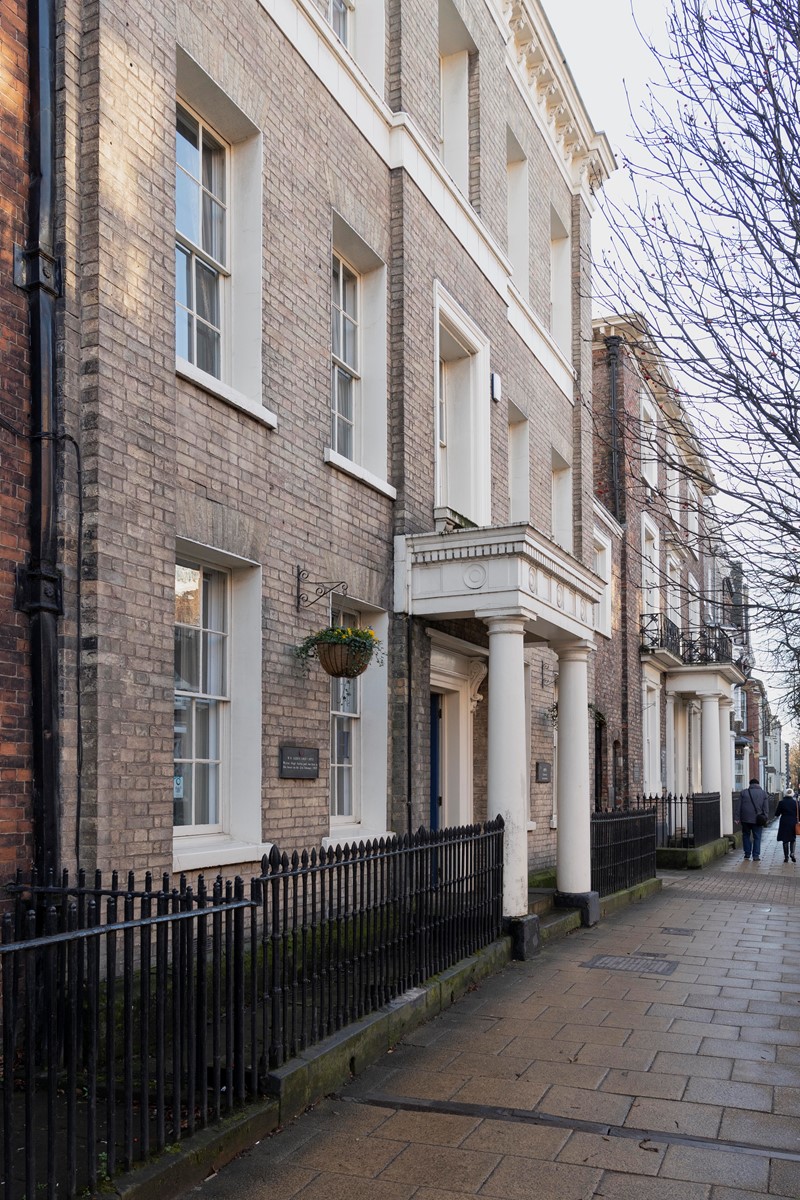 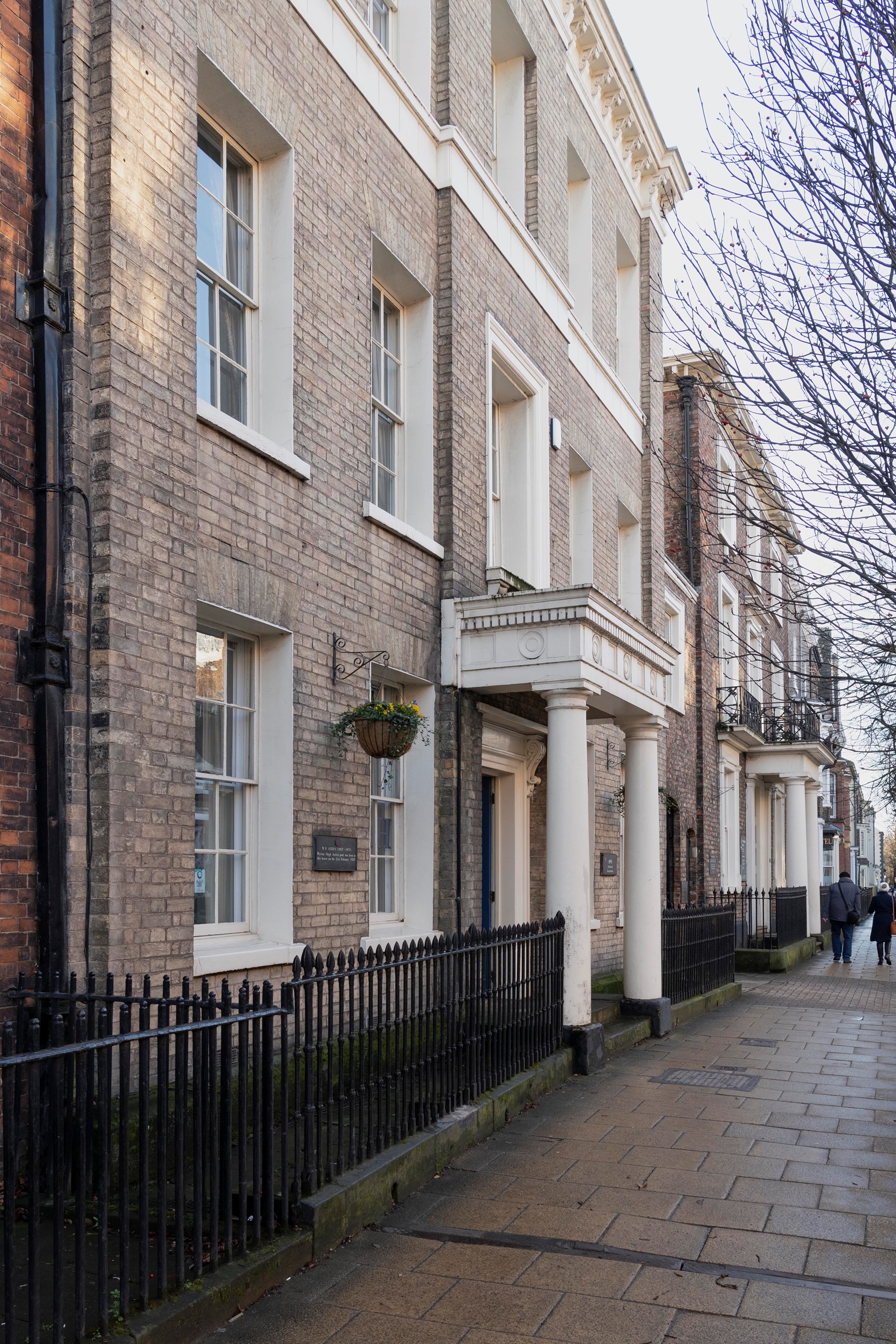 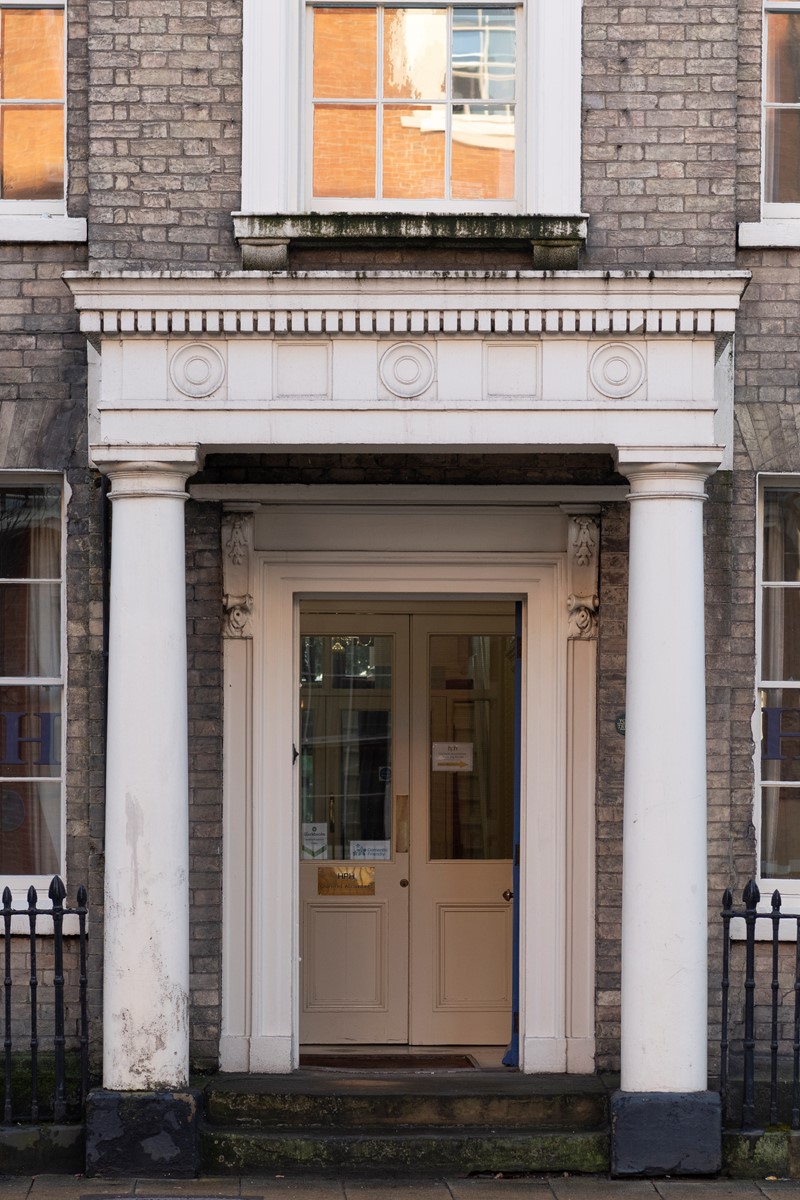 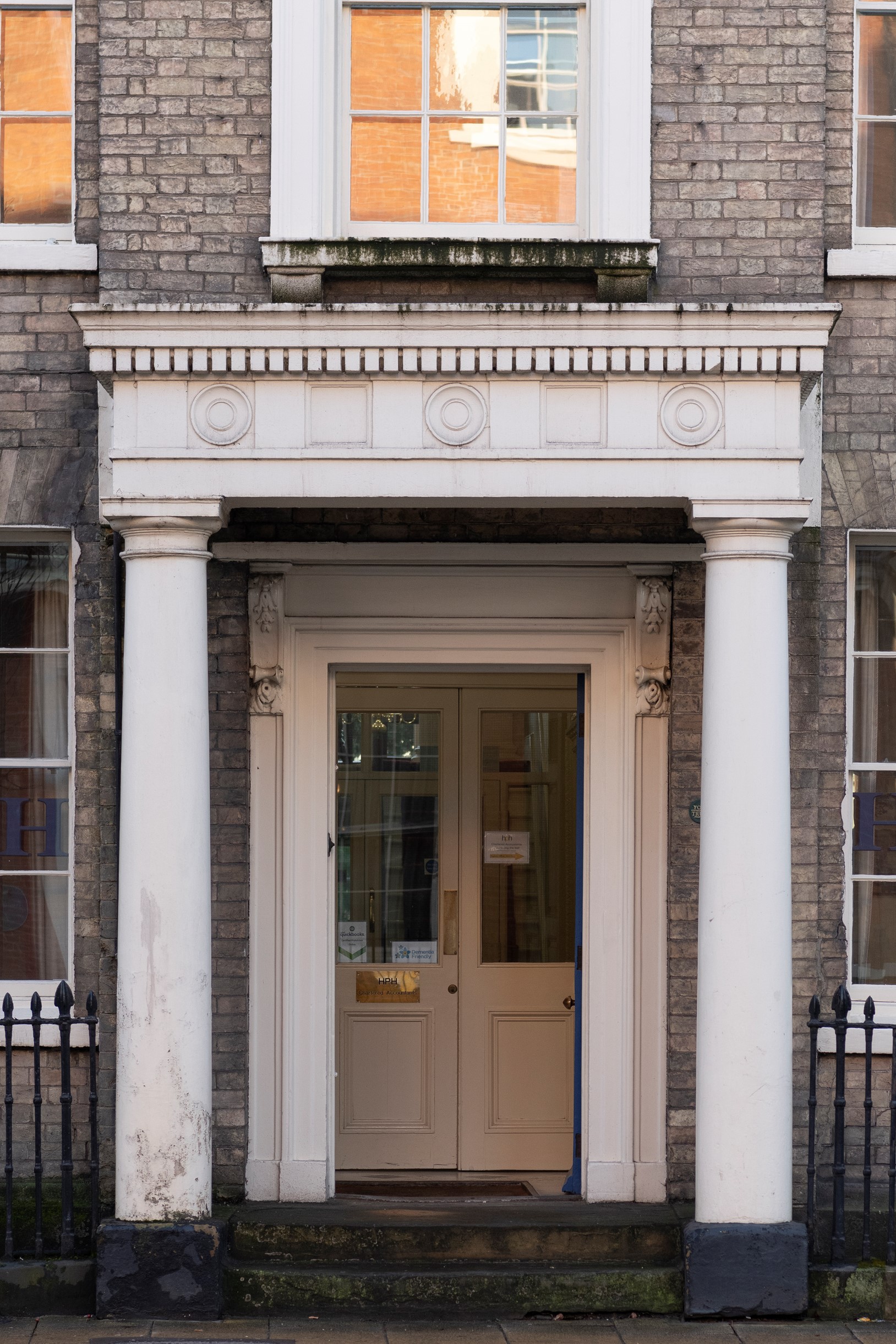