From medieval times until 1830, the site and area around De Grey House on St. Leonards Place, served a hotchpotch of uses. It was only when the City Corporation proposed the creation of a new street, running from Bootham Bar to Blake Street, that the development of the area, as we find it today, began.

Controversially, part of the medieval walls had to be demolished and Bootham Bar barbican removed. This was hotly contested by many of York’s citizens, but welcomed by the many pedestrians, who would no longer need to weave their way between the rubbish and organic detritus that spilled across the area.

It was envisaged that the new road would be lined with ‘modern’ regency style buildings and provide carriage access to the Theatre Royal. Designed by the talented York architect John Harper, the first building constructed was the elegant, curved terrace of nine houses facing the theatre. Originally, land laid out with a pleasure garden intended to frame a picturesque view of York Minster, there was to be no development on the eastern side of the road, between the theatre and the Bar. However, ideas and needs changed; the garden, although kept, as you’ll find today, was squeezed down and the City Corporation agreed to make three plots available for buildings.

Permission for the first was granted to the lawyer William Blanchard, a leading campaigner with the artist William Etty, who saved the city walls from demolition.

The famous railway architect G.T. Andrews and his partner P.F. Robinson were commissioned to design a three storey, three bay house, externally rendered in Roman cement and painted white. Completed in 1835, this clean, sharp look was very new to York and must have turned a lot of heads.

Another ‘modern’ innovation was the introduction of a set-back mansard roof, which made good use of attic spaces without too much visual impact from the ground. The basement was sunk below street level and a flat bridge was required to link the footpath with the pilastered doorway, containing a fielded four panel door with borrowed light above.

Original iron railings, some with mushroom finials and supported by bracing, protect the house and basement at street level. To the right is a distinctive gas lamp standard, probably unique to York, with an openwork Greek-style shaft and four-sided tapered lantern. These, together with an elegant cast-iron balustrade on the main stairs, were supplied by the nationally renowned Walker Foundry then based in Walmgate.

In 1906 to commemorate the conference of the British Association for the Advancement of Science, George Newey was invited to provide a wall clock for a public exhibition of advancements in technology held in York Art Gallery opposite De Grey House.

After the conference the clock was moved to Newey’s premises on Petergate and displayed there for nearly 50 years. Today, you’ll find the clock on the wall above the front door of De Grey House. Moved there for us to enjoy in 2011, thanks, in part, to the efforts of the York Clock Group.

The external drum sits neatly on a pair of elaborately scrolled brackets, surmounted by what looks like a medieval jousting tent from the Field of the Cloth of Gold, a summit meeting between King Henry VIII of England and King Francis I. Connected through the wall, the mechanism is on the inside of De Grey House and comprises a complicated and clever, weight-driven machine requiring precisely 145 turns of the winding handle every week.

Previously owned by York Central Conservative Club and then City of York Council, De Grey House and the adjoining De Grey Rooms, were acquired from the Council by York Conservation Trust in 2005.

From May 2023, De Grey House will become the headquarters for the York Conservation Trust team. 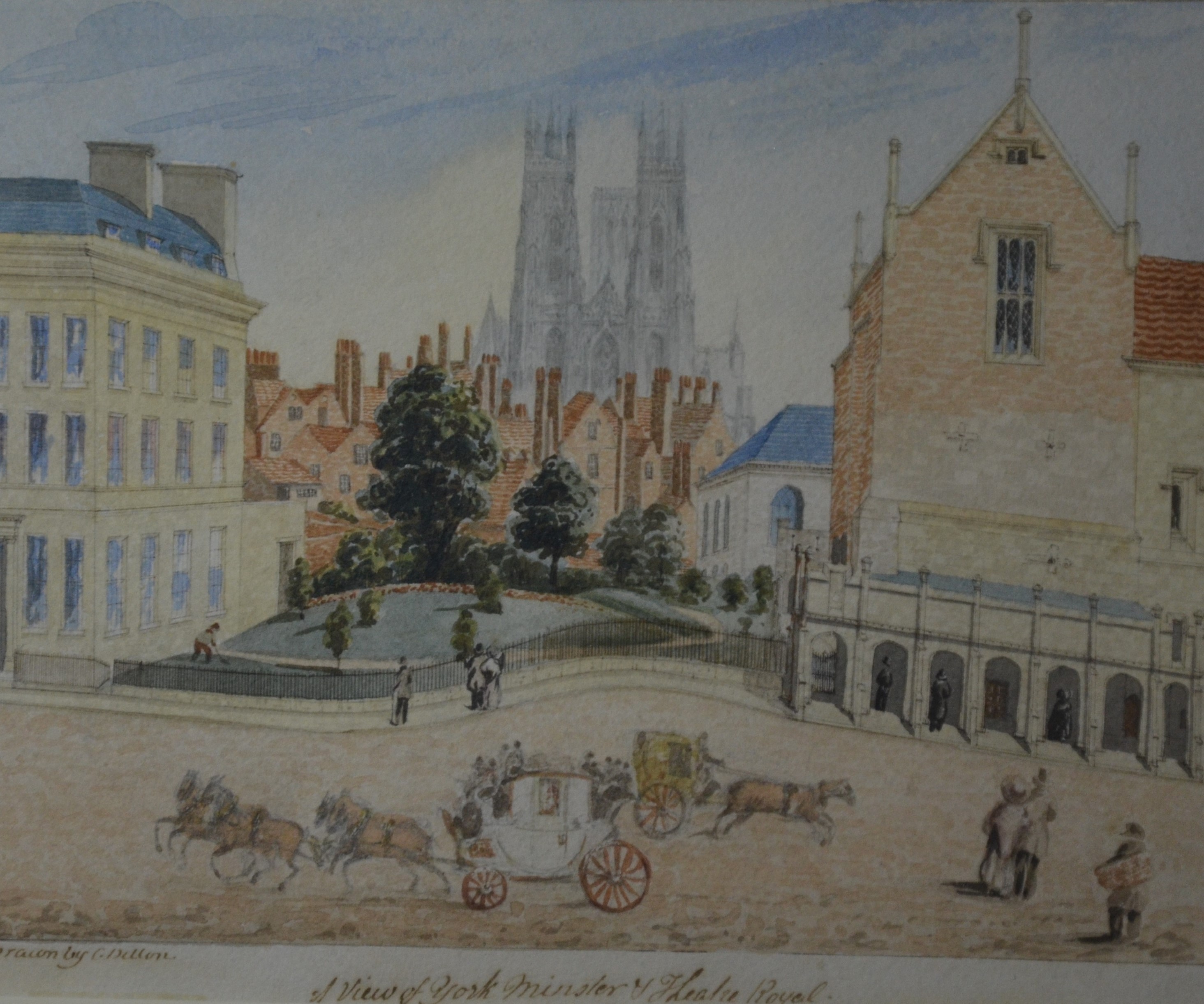 The garden of De Grey House and view of York Theatre Royal, painting by Charles Dillon in 1836, courtesy of Peter Brown. 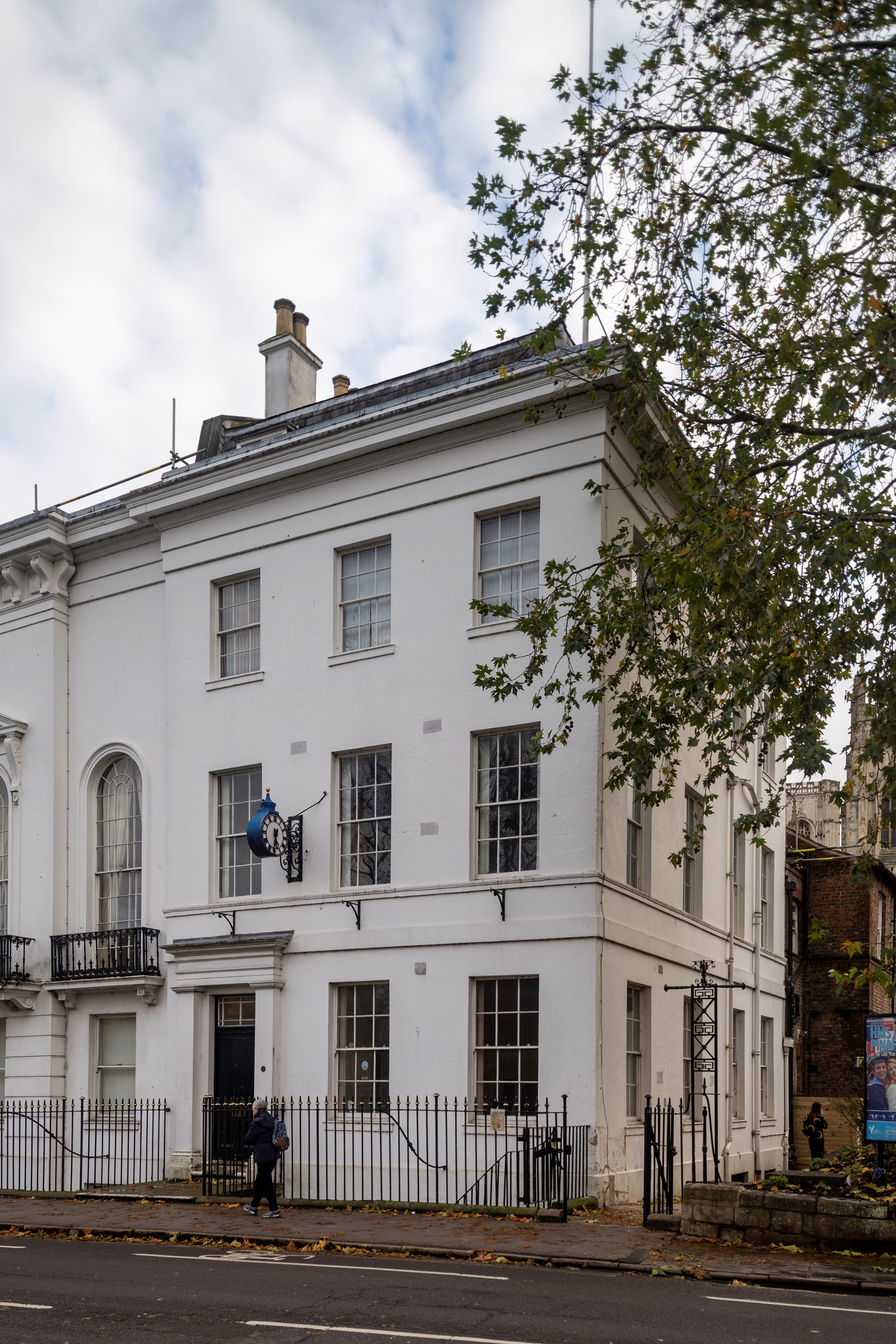 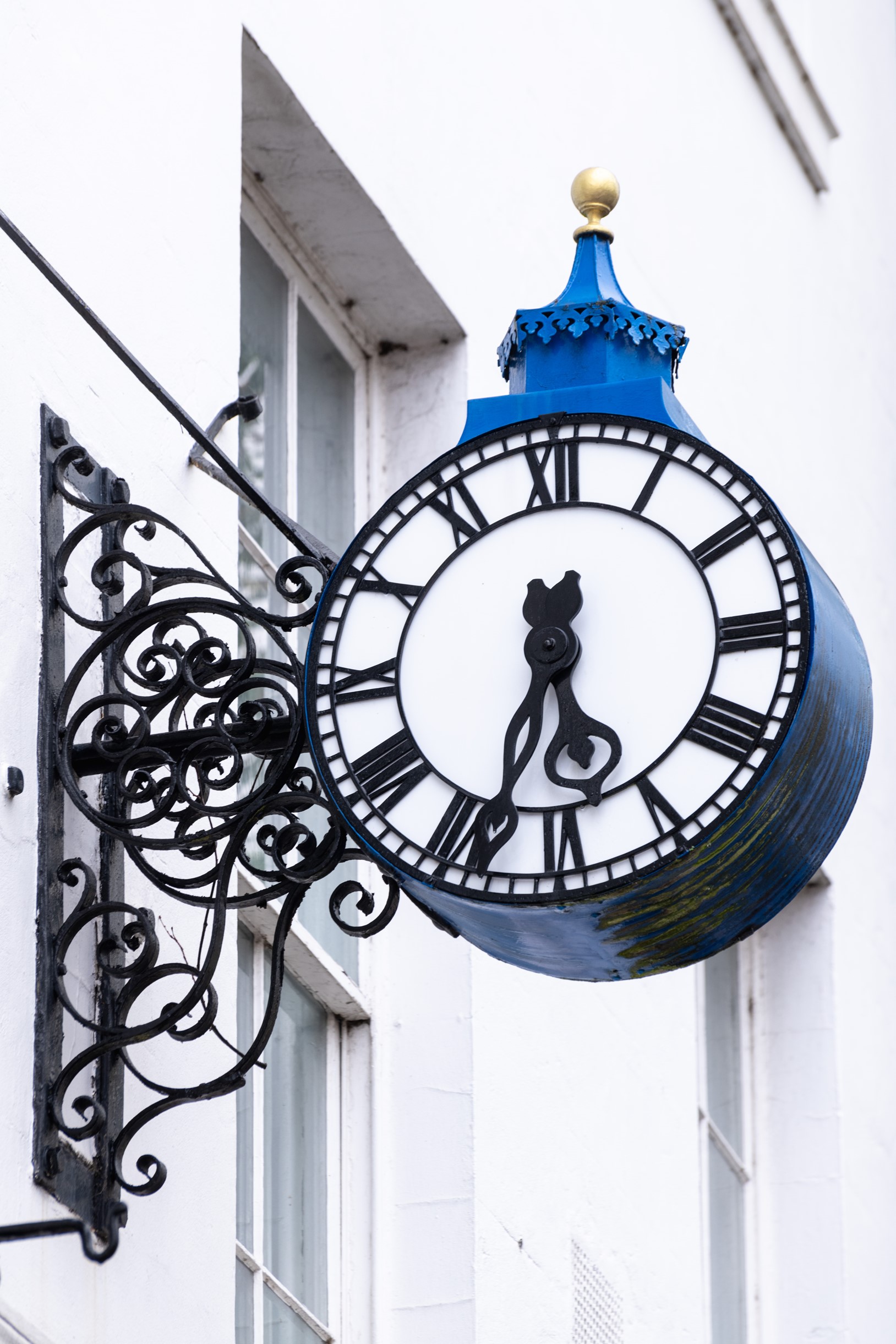 Why is De Grey House significant?

De Grey House, built 1835-36, is the only house constructed of a planned late Regency terrace. Designed by the prolific railway architect GT Andrews, De Grey House is one of his few domestic designs. Designed in response to St Leonard’s Place terrace opposite, De Grey House exhibits high aesthetic value as a fine example of an 1830s house, retaining many of its original features, including marble fireplaces, cast iron staircase balusters, and original railings. Together with 1-9 St Leonard’s Place and the adjacent De Grey Rooms, De Grey House is part of a rare high status designed streetscape within the historic centre of York. 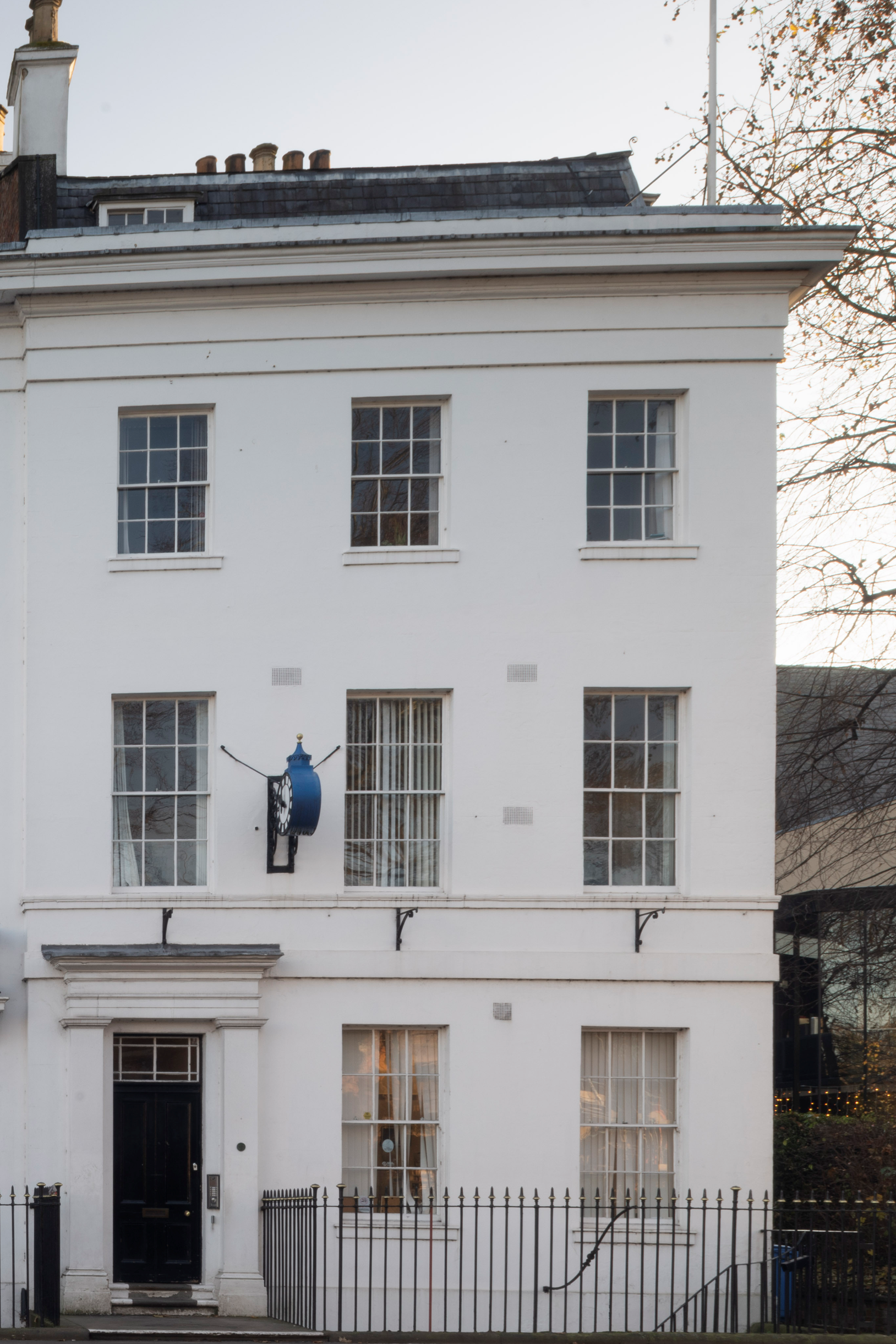