The ‘City House’, a blueprint for York’s building revolution

It is no exaggeration to say that The Red House was the start of a major building revolution in York.

Following the tragedy of the Great Fire of London in 1666, the Government of the day issued new building regulations, including a requirement that any new houses, fronted onto a pavement, must be built of brick and/or stone. York had already some buildings constructed in this way, for example the Arthur Ingram Almshouses on Bootham, however, with its basement and three storeys, nothing the size of The Red House.

It seems that the City Corporation was keen to demonstrate their ability and ambition. In 1676, they asked Aldermen Sir Henry Thompson, Mr Richardson, Mr Ramsden and Mr Elcock (all of whom held the position of Lord Mayor during the period 1671-77) to proceed with the project. They chose a central plot of land known as Mint Yard, on the site of the ruined medieval St Leonard’s Hospital, which the Corporation had purchased from Lord Halifax in the same year.

York architect and City ‘husband’ John Etty was selected to design and build, what was often referred to in the council meeting minutes as, the ‘City House’, perhaps in anticipation that one day it would hold the City Records and be home to the Lord Mayor during his year of office. The City of York coat of arms above the main entrance would certainly suggest an illustrious future was envisaged for the building.

The cost agreed in 1676 was £643 but, by 1678 it had risen to nearly £1,000. Possibly in an effort to keep costs down, Etty made use of surviving dressed medieval stone for the sides and basement, he also used reclaimed timbers in the attic.

To the front are five bays with a stringer course of bricks at each floor level. This helps redirect rainwater away from the windows and walls below. At each corner, you’ll see rusticated quoins, or masonry blocks. These big blocks provide strength and add design detail. The attic storey also has elaborate dormer windows, which, at the time, were described by Etty as ‘lantern windows’.

The main windows are 19th century replacements; originally, however, Etty had introduced the concept of large 18 pane sash windows at first floor drawing room level. Little remains of the original interior, apart from the ground floor wooden panelling and fireplaces.

In the end the ‘City House’ never appeared to achieve its intended use. Leased by the Corporation to Sir William Robinson in 1701 (Baronet, Lord Mayor in 1700 and MP for York from 1697 to 1722), although the Corporation tried hard to get it back, Sir William point blank refused to surrender it.

Other notable tenants include Dr John Burton in 1740. Author of An Essay towards a Complete System of Midwifery (1751), it’s widely believed that Laurence Sterne partially based his infamous character Dr Slop on Burton in his novel Tristam Shandy.

“... a little squat, uncourtly figure ... about four feet and a half perpendicular height, with a breadth of back, and a sesquipedality of belly, which might have done honour to a Serjeant in the horse-guards.”

Lampooning Burton’s methods and appearance, Sterne was reflecting the widespread concern over the many tragic obstetrical blunders of the age.

It remains unknown why the building was eventually called The Red House. It may be linked with the Red Tower on York’s walls, reflecting the use of brick, rather than stone, for an important city building, and not from the fact that today the brickwork has been painted dark red.

York Conservation Trust acquired The Red House from York City Council in 1999 and, today, it is operated as a popular antique centre and café.

Discover more about The Red House 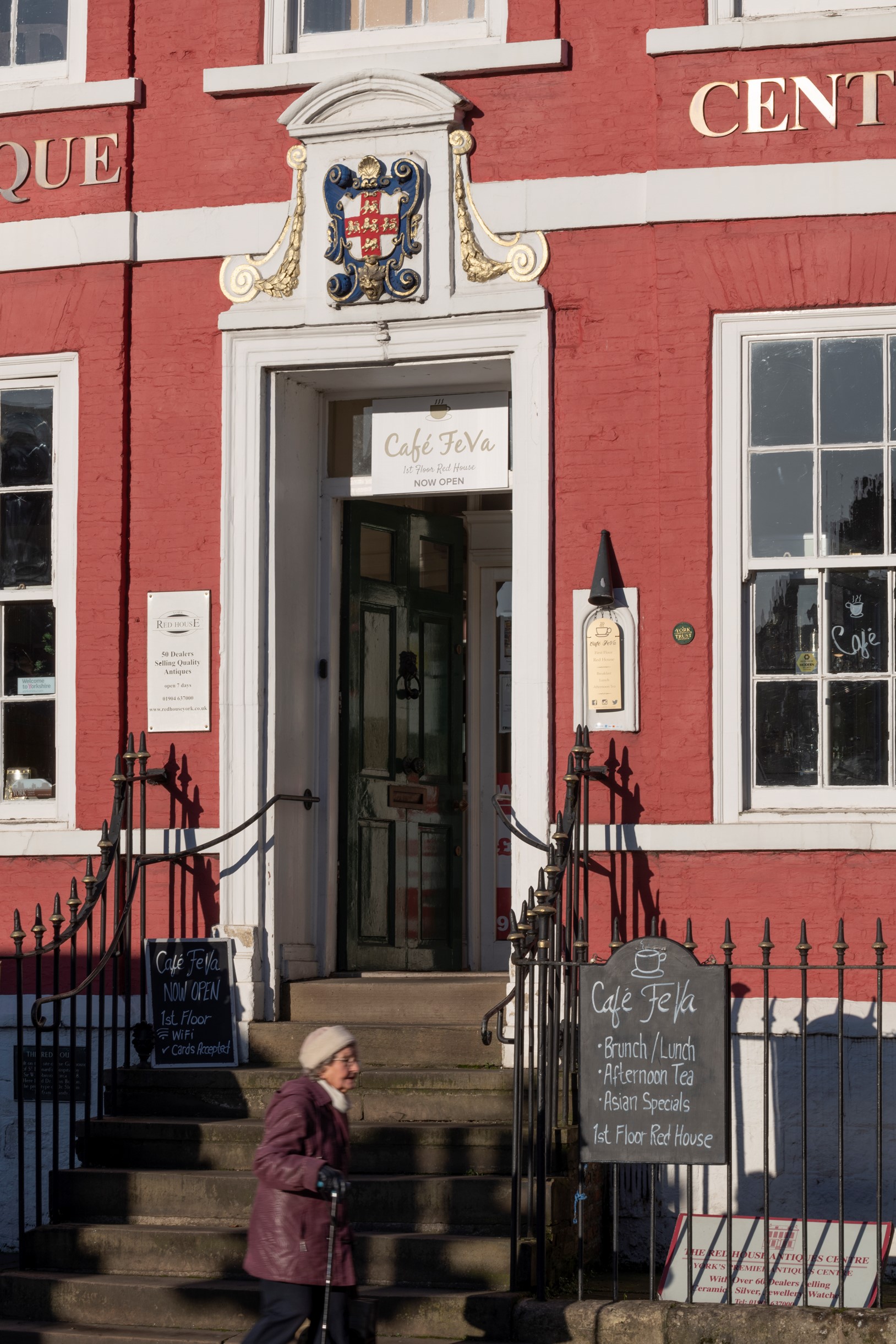 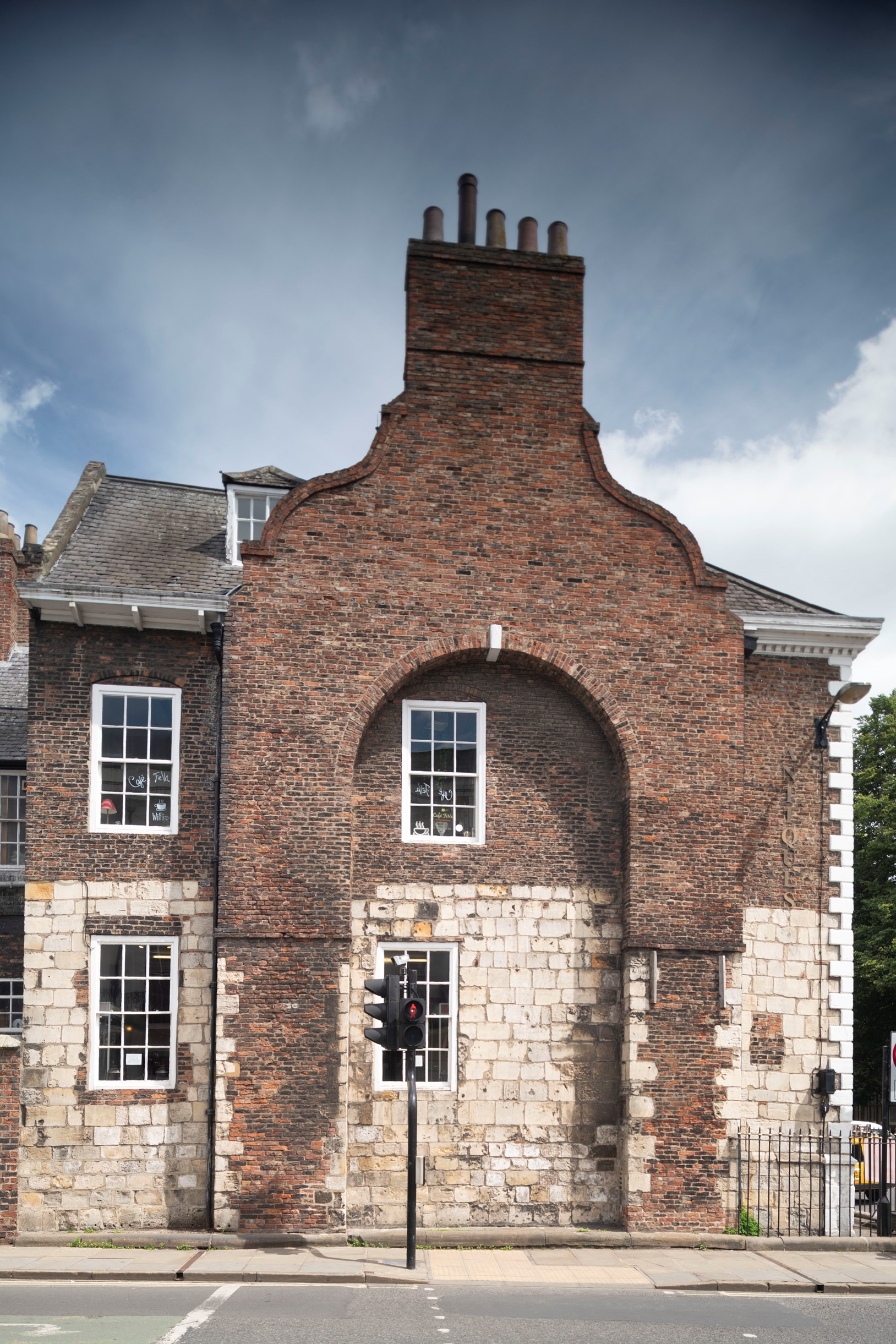 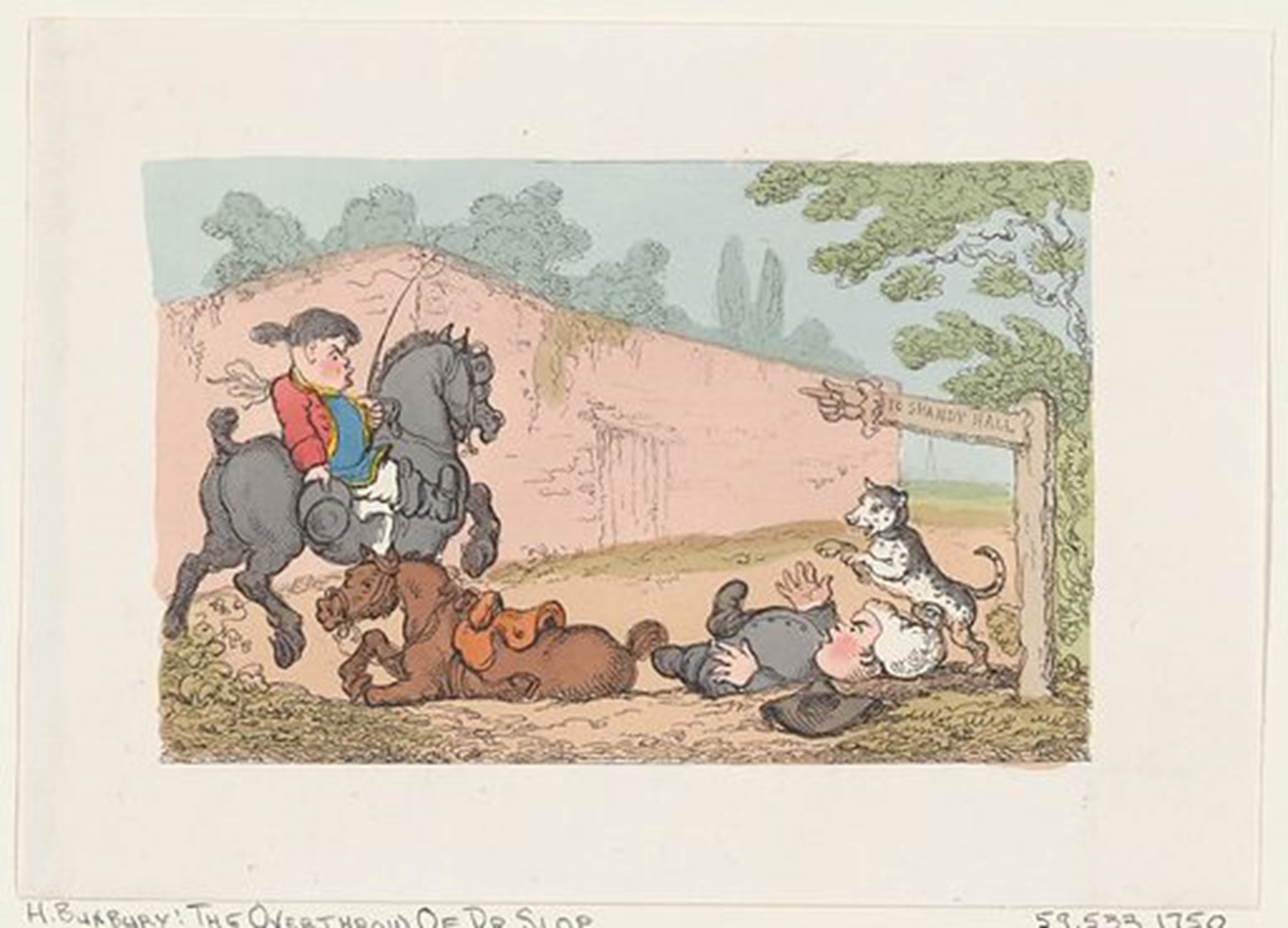 'The Overthrow of Dr Slop' (Tristram Shandy). C. 1803 by hand coloured etching by Thomas Rowlandson, courtesy of The Metropolitan Museum of Art.

The design of the City of York coat of arms above the front door of the Red House is highly reminiscent of the hand of Grinling Gibbons, an Anglo-Dutch sculptor and wood carver who became famous for his intricate woodwork in the latter part of the 17th century.

Gibbons had been a journeyman apprentice to John Etty at his workshop on York's North Street during the early 1660s, before leaving to work London. Not in York at the time of the Red House construction, Gibbons may well have provided a drawing for the coat of arms for execution by York based Samuel Carpenter.

The affection Gibbons felt for Etty is evident in the memorial plaque he almost certainly supplied in 1708 to All Saints Church on North Street, the dedication concludes:

“To my master… His art was great, his industry no less. What one projected, ye other brought to pass.”

Why is The Red House significant?

The Red House is a fine early 18th-century townhouse located on a prominent corner in central York. Possibly designed by the architect William Etty, it was constructed for Sir William Robinson, MP for York from 1698 to 1722. This civic connection is represented by York’s coat of arms prominently displayed over the main doorcase. The derivation of the name ‘Red House’ likely reflects its construction in brick rather than stone, which was still the building material of choice for high status structures in early Georgian York. 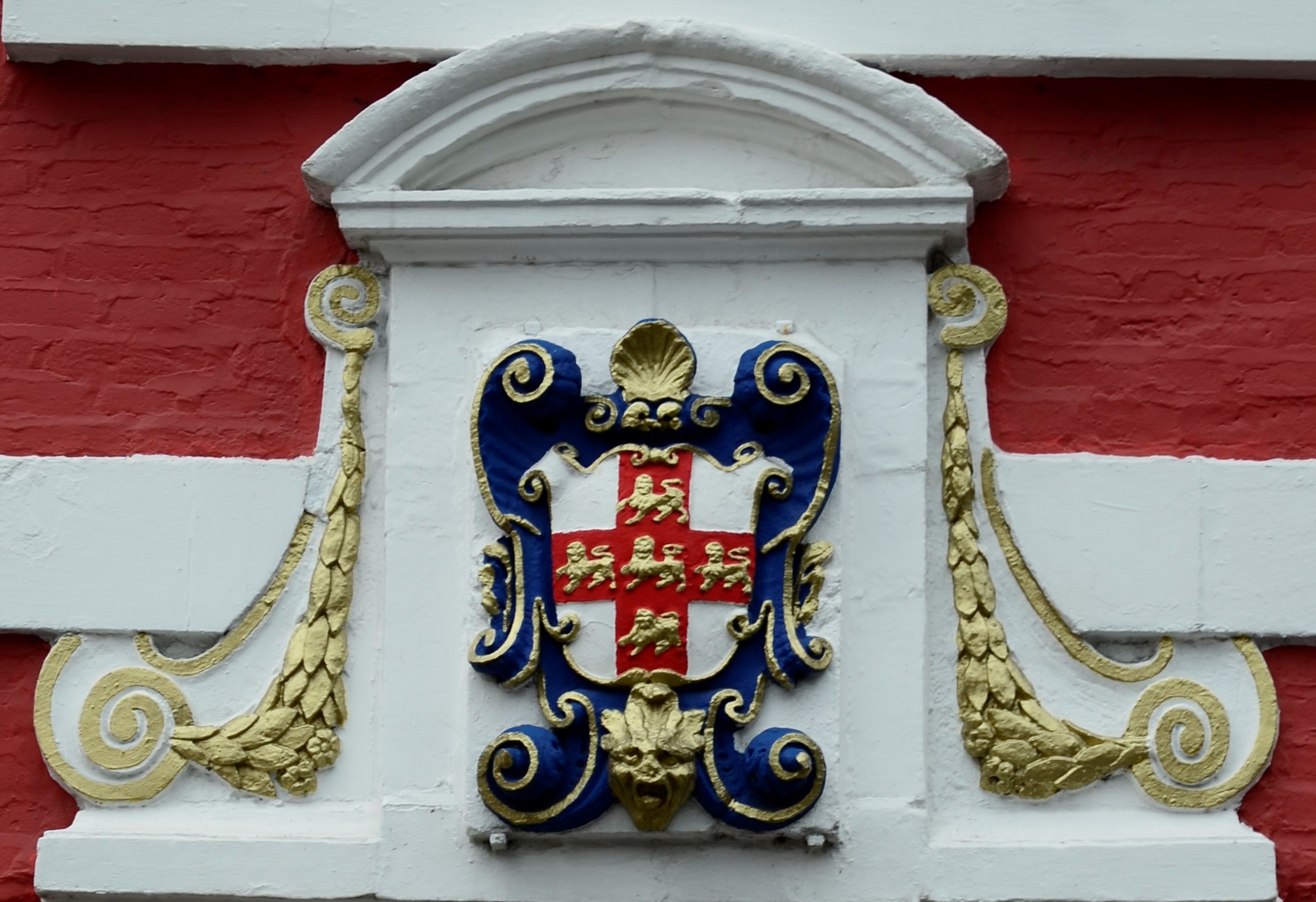 The City of York coat of arms, likely to have been carved to a design by Grinling Gibbons, apprentice to John Etty.